I have known Sheldon for 20 years. His compositions, writing, and conducting skills are intelligent, insightful, and nuanced. He is an innovator in church and school music that respects and cares deeply for the legacy we all build upon. If he has something to say, I make time to listen. (Unless it is criticism of my banjo playing; friend or not, that’s off-limits.) He is a servant of our shared art, and I am honored to support his music and Making Music Work. He is clearly on to something here. Many of our congregants were skeptical of meshing traditional and non-traditional music.  Sheldon has changed all of their minds.  Hitting the sweet spot between innovative music that can be integrated into traditional liturgy seems like an impossible task, but he does it with grace and style.  His compositions can sound like they come right out of the hymnal, and they’re energizing and spectacular.  He does a perfect job of integrating South African hymns, gospel music and Anglican chant without missing a beat.  His has enlivened our congregation and our worship. He is awesome! One of the greatest joys of my ministry as Chaplain and religion teacher at an Episcopal middle school is working with Sheldon Curry. Sheldon can turn a good worship service into a great one just by sitting at the keyboard and playing his stunning and moving melodies. But Sheldon does not stop there. He has brought worship at Imago Dei to life with his genius at incorporating a wide range of music – spirituals, service music, traditional hymnody, hip hop, folk – and all with middle school students joyfully singing along. Sheldon meets students where they are musically, and encourages them to discover and use their musical gifts whether it is in worship or music class or putting on a musical (which Sheldon writes). I love having Sheldon as a co-teacher in my religion class where we explore how the world’s religions pray and sing. He brings as much scholarship as he does practical application to help students really grasp meaning. Sheldon is an amazing colleague. 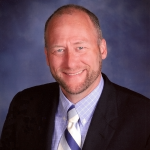 I have known Sheldon since 1994. He has that ineffable thing in his person that makes people respect him, like him, and want to work with him.

Sheldon is well-versed in all of the Anglican canon of standard choral music, ancient and modern. He is historian, teacher and trendsetter. He is also a remarkably diverse and adaptable musician. He became the music director of our First Friday monthly worship service in the early 2000s. For that, he played, assembled other musicians, composed, and planned music in a “contemporary” mode for a liturgy that strove to offer the finest in singing, classic dance, and conveying the Word of God in a manner not seen in the Cathedral on a Sunday morning.

When I say “contemporary” I certainly don’t mean anything like much of the theologically-deficient treacle that masquerades as contemporary Christian music. Sheldon holds himself and his colleagues to the highest standards of taste, both in the music performed, the quality of performance, and the theology of the texts.

Sheldon is intelligent, innovative, and inventive. All of these qualities serve him beautifully as he serves God, his fellow parishioners, musicians, students, friends….and the music. 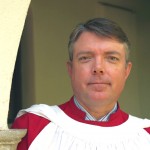 Sheldon knows choirs and how to write for them. He has extensive experience directing an array of ensembles, including youth and RSCM-based programs. His creative output is informed by his Anglican/Episcopal experience and an in-depth working knowledge of other styles and traditions. His flair for recognizing and combining these with sensitivity, taste and authenticity – often in inspiring liturgical contexts – enables him to touch many in our increasingly connected global community of faith.

I have watched him inspire choirs and congregations on many occasions, and consider him to be one of the church’s most important resources and assets in these challenging and exciting times.