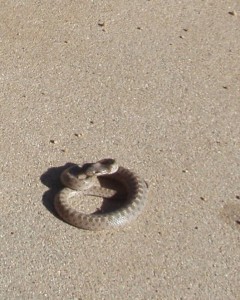 September 11 is my wedding anniversary. My wife will never forgive Al Qaeda.

I say this with no smile.

Instead of having dinner with her that night in 2001, I was making plans with the Washington headquarters to head to NYC as part of a special Red Cross Disaster Response team.

I was a Response Specialist at the time. I got to New York September 14. Times Square was empty. Lower Manhattan looked like a set for a sci-fi movie – all dust and floating paper. Then there was the smell.

WHY WE DON’T CELEBRATE

We choose some other time to celebrate our wedding. Intentionally, we don’t do much on the actual date. It simply carries too much negative baggage.

“Holidays” are like that for many people. Life isn’t real picky when it doles out events like suicide or murder or violence or rape or accidental or disease related death.

It’s important to remember that.

EVERY BIRTHDAY IS ALSO A DEATHDAY

Why do I bring this up? Partly because of two events from yesterday.

One happened in a local grocery store. Three young men had purchased 3 six-packs and a huge red, white, and blue cake and, when asked by another patron, they laughingly said “We are gonna celebrate the hell out of whipping Al Qaeda’s ass!”

There were no winners in those tragic years.

I worked with one child whose birthday was September 11 and who saw, from a roof top school playground, a plane hit the tower where his dad worked.

The dad didn’t make it and the boy’s life and birthday were forever changed.

WHAT’S WITH THE SNAKE?

The other event – the one which capped off our anniversary day last night was my murder of a tiny Western Diamondback rattlesnake that unfortunately found its way into our bedroom.

It wasn’t six inches long yet. Too young to have a rattle or to have learned how to gauge threats or regulate venom in a strike. Babies tend to strike with much less predictability than adults.

My wife just happened to see him before he had a chance to cause any damage.

She has Multiple Sclerosis and a bite would have been life threatening. She was dangerously cornered.

I chose to send him to his eternal reward.

WEREN’T THERE OTHER OPTIONS?

Probably, but none that occurred to me in the moment.

When we reach life & death times in our lives – as we all do – priorities and choices sometimes become crystal clear.

One sees the path and takes it.

WHY I BRING THIS UP HERE AND NOW

Mostly because of the juxtaposition of yesterday’s events. Within a few hours, I witnessed the braggadocio ignorance of three young men too green to understand the wrong of celebrating any death and I caused the death of a beautiful creature of God whose life had just begun.

So for me, it was a premature Dia de los Muertos – Day of the Dead.

Each of us gets the chance to help each other get by from one sunrise to the next.

That’s our common task and a miracle job worth celebrating.